Kavala is a city of Eastern Macedonia in Northern Greece. It is built at the foot of Mount Symvolo and is the third largest city in Macedonia.
Its primary name is Christ City, because it is the first city where Apostle Paul spoke of Christianity in Europe. That is where the first Christian church is founded in European lands.
During the Ottoman period, important buildings were erected in the area of the old town of Kavala. These are:
Kamares is the aqueduct of Kavala. It was built in 1520-1530 by Grand Vizier Ibrahim Pasha. 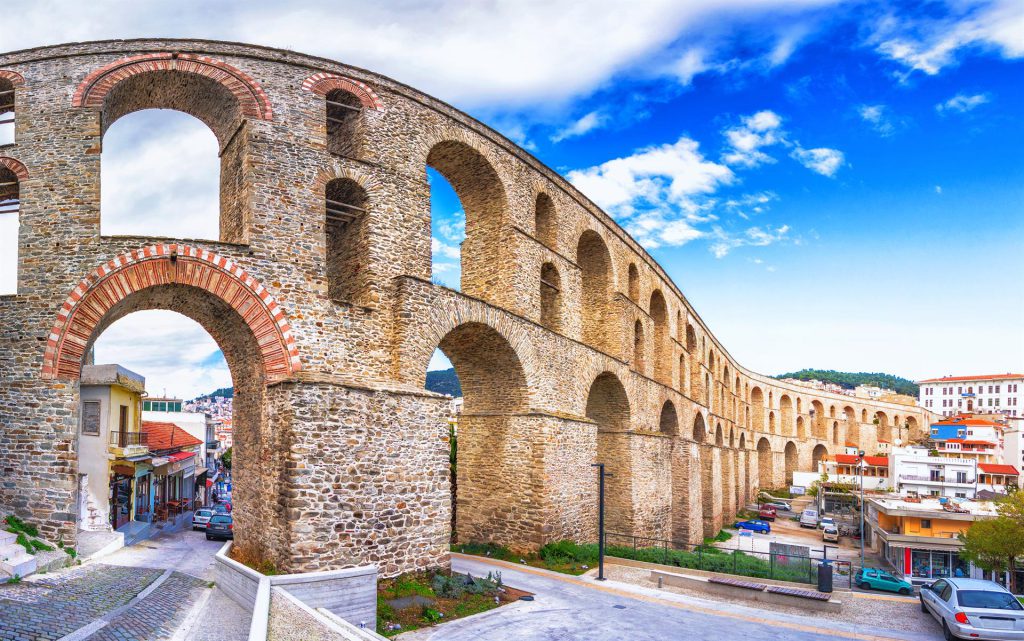 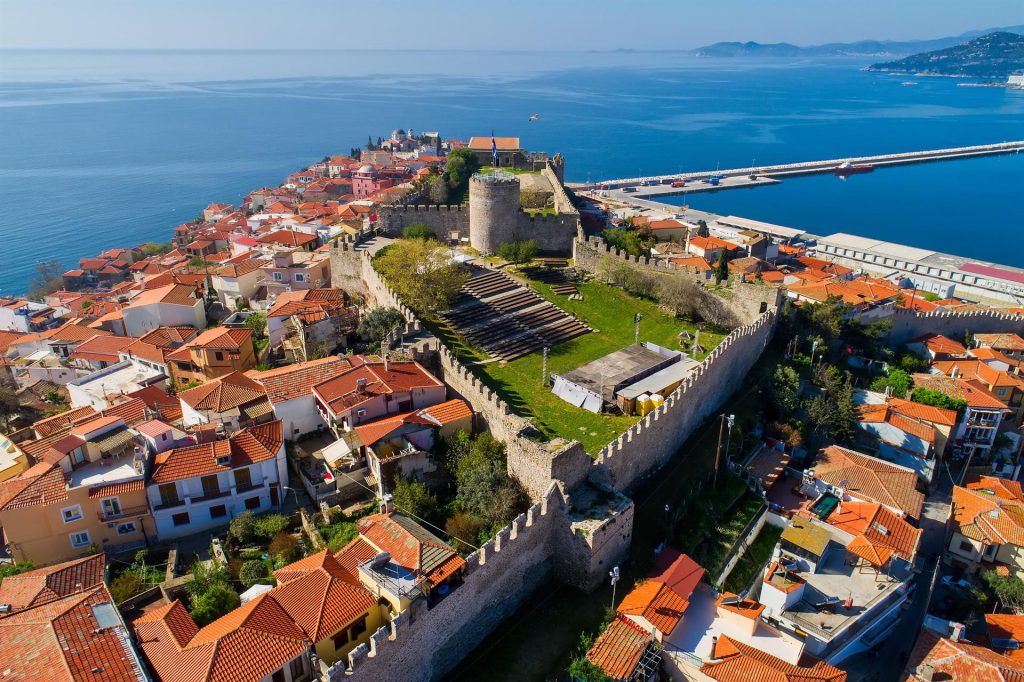 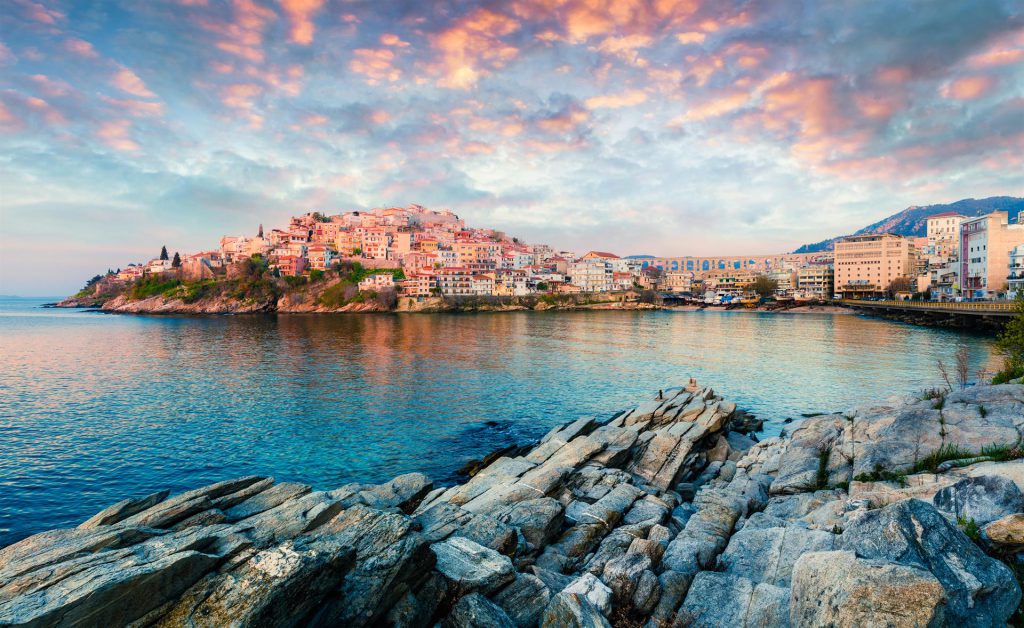 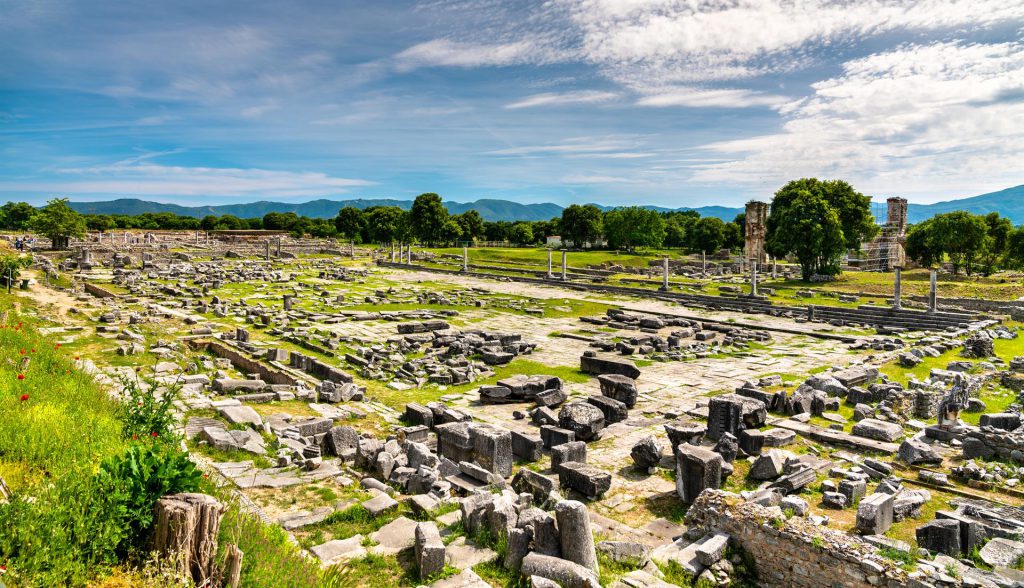 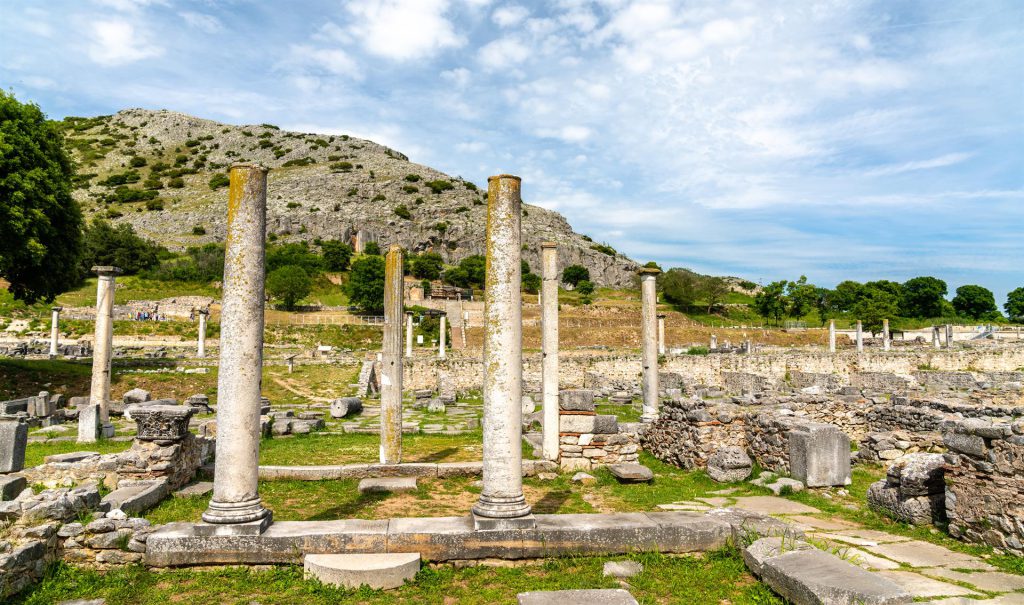 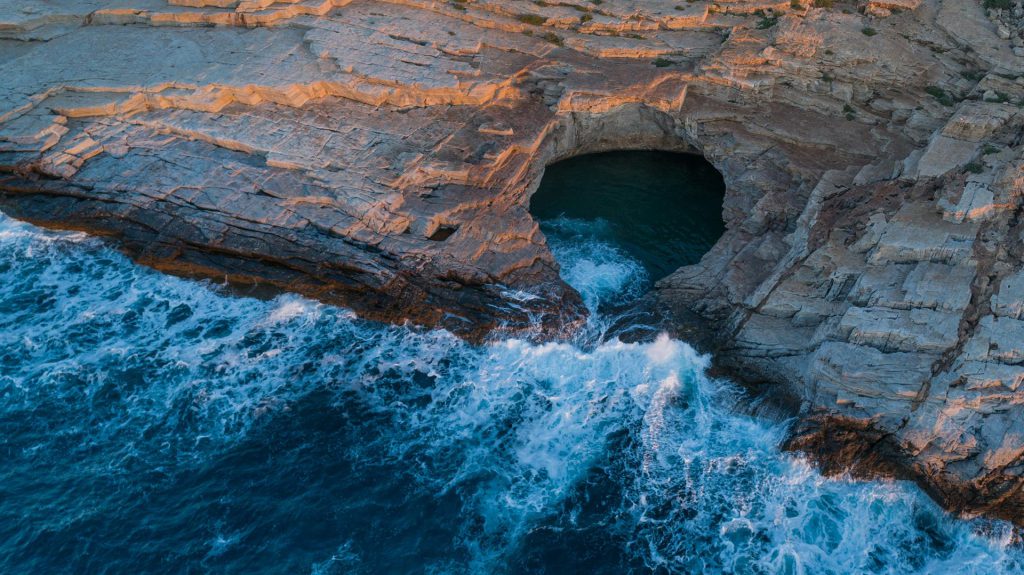 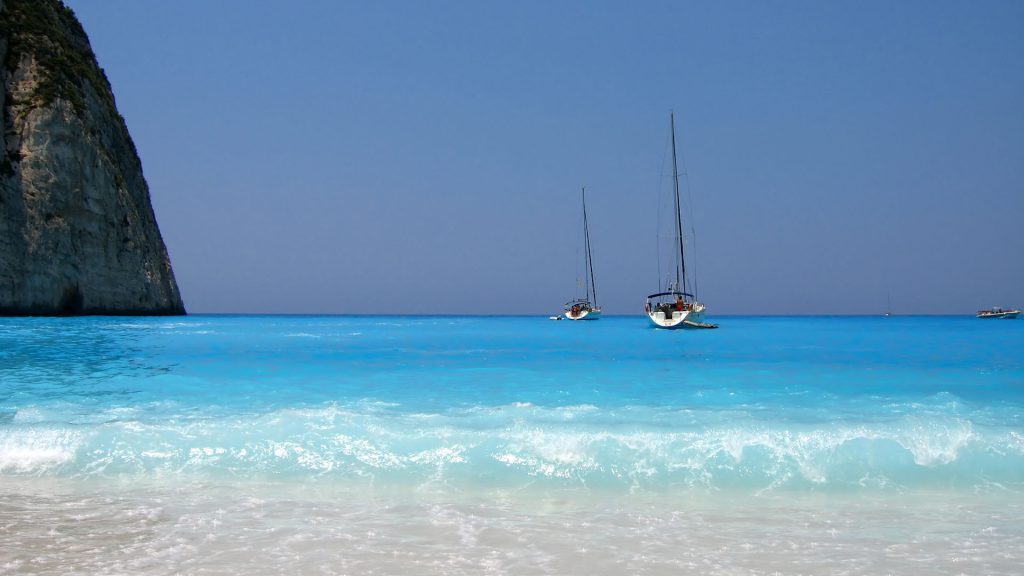 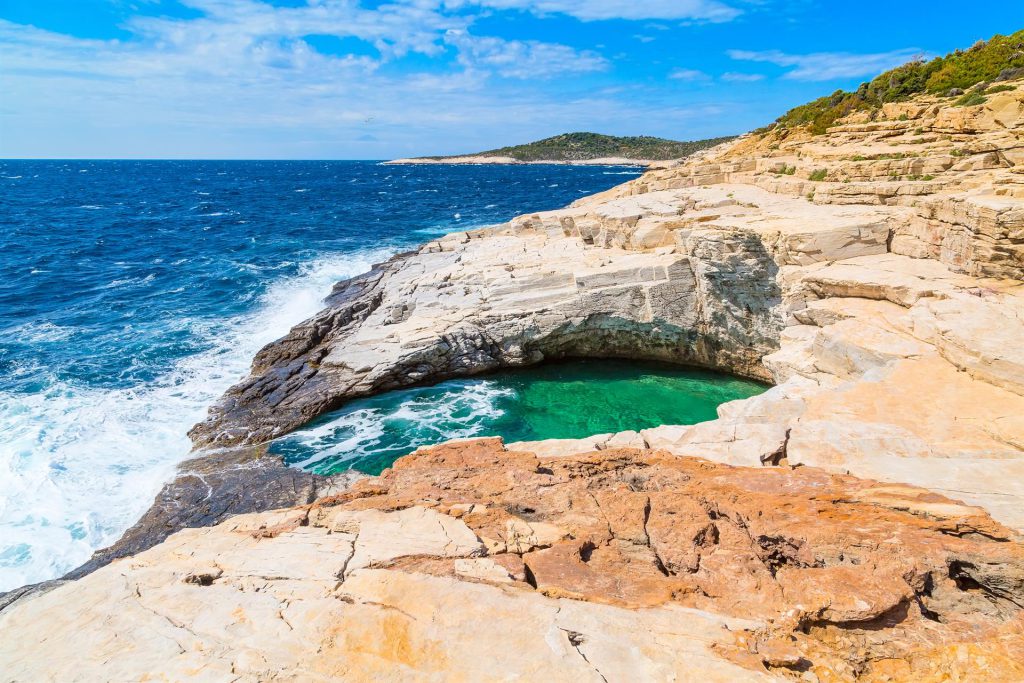 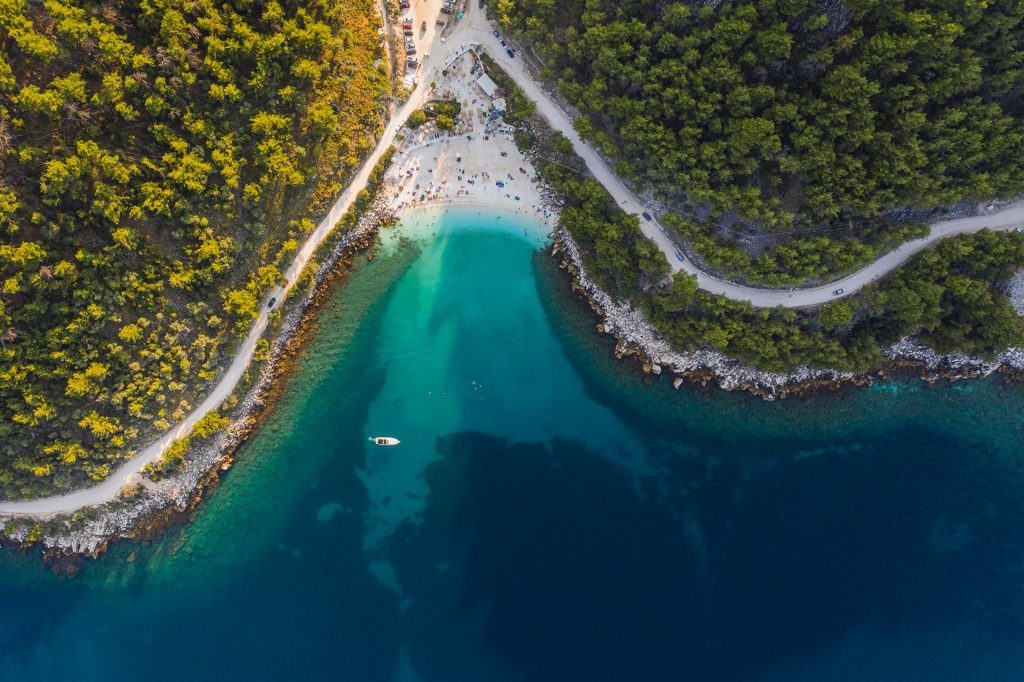 Arrival at the airport Macedonia of Thessaloniki or airport Alexander The Great of Kavala. Transfer to the hotel.
Check in at the hotel.
Dinner in the restaurant in the city center

Breakfast at the hotel.
Business program or tour to ancient Philippes and Lisistrati cave.
Lunch at the traditional tavern
City tour in Kavala
Dinner with the seafood by the beach in Kavala.

Breakfast at the hotel
Take ferry and explore the island of Thasos. Island tour across Thasos.
Lunch at the fish tavern by the beach in Thasos
Ferry boat back to Kavala
Dinner in traditional Greek tavern

Breakfast at the hotel. Check out and transfer to the airport.
Departure.

VISIT A MUSEUM IN KAVALA

Archaeological Museum: The archaeological museum of Kavala is considered one of the most important museums in Greece. It hosts in its rooms representative monuments from the wider cultural unity of Eastern Macedonia and Thrace and at the same time it functions as a Museum of the city of Kavala and its wider region.

The Tobacco Museum of the Municipality of Kavala is the only thematic Tobacco Museum all over Europe. It is a modern industrial and experiential museum with a wealth of exhibits and archival material (1870 c.) which invites the visitor to make a trip to the place and time of the “Eastern smoke“, when Kavala in the early 20th century was in the Greek are the largest tobacco processing and export center in the world.

Archaeological Site of Philippi. At a distance of 17 km from Kavala, lies the ancient city of Philippi. The first contact with the site took place in 1861 and was completed in 1956 by Greek archaeologists. Significant finds are Egnatia Odos, the ruins of the Roman Agora, the “prison” of Apostle Paul, as well as the ancient theater, which has a circular orchestra and passageways built in the same way.

Alistrati Cave. One of the largest and most beautiful not only in Greece, but throughout Europe, a unique and very ancient cave of natural origin, which is more than 3 million years old and is a kilometer of an incredibly beautiful route between stalactites and stalagmites at a depth of sixty meters.

Countless shops in the city center, in order not to be injured unjustly, in case you want to do shopping, the shops of Kavala are concentrated in two main streets. Venizelou street (parallel to the beach), Omonia street (parallel to Venizelos) and the vertical struts connecting or intersecting the two streets.
Brands clothing and footwear and all kind of store for … cash consumption you will find on both roads, and if you look for more, you will end up in one of many cafeterias.
For those who prefer shopping centers, there is Kavala Mall Down town. The Shopping Center provides a wide range of shopping, service, food and leisure options.

Thasos: Thasos Island is located opposite Kavala, across from the coasts of Eastern Macedonia. The island is full of amazing beaches. The most beautiful island of the North Aegean.

Kavala aqueduct: The most recognizable monument of Kavala is its large aqueduct known as Kamares. The aqueduct was constructed in the early 16th century during the Ottoman domination, and is probably built on the remnants of a Roman and a Byzantine aqueduct.

Castle of Kavala: Wonderful view to the city of Kavala. Well-preserved with scenic alleys until you reach the top. A trademark of the city that you see from wherever you are. Do not miss the train ride, free of charge from the Municipality, crossing the castle.